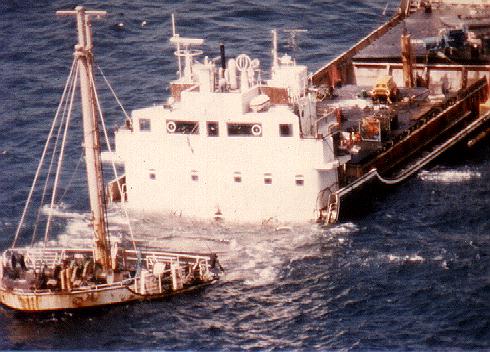 Hundreds of people crowded the cliff tops at Mullion following the grounding of the coaster `SHOREHAM` near Mullion Harbour in dense fog during June 1979.

The voyage, it was reported was uneventful until Land`s End was rounded when thickening fog was encountered. Her position was later reported to be inside Mullion Island and information was revealed that she was about to hit the rock of Mullion Island itself.

She was at least five miles off course when she hit rocks beneath the steep cliffs overlooking the little Mullion Harbour. 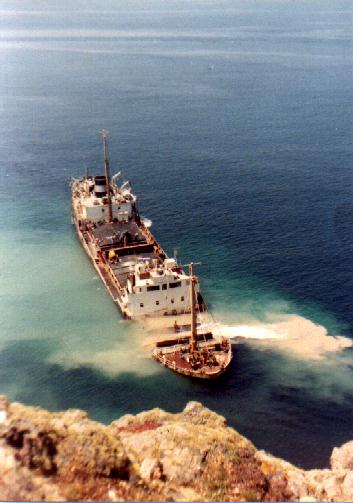 Her crew of 15 were safely landed at Kilcobben Cove by the Lizard-Cadgwith Lifeboat, after being found in two boats on a calm sea. The Captain (Capt. Elliot) elected to remain on board.

Eleven days later the Shoreham was refloated and was slowly towed to Falmouth and shortly after was safely berthed in No.4 dry dock where her damage was repaired.

The photograph above shows here forward cargo being pumped overboard in order to `lighten her load` and hence making the job of refloating easier. Luckily, the weather remained favourable throughout the operation. 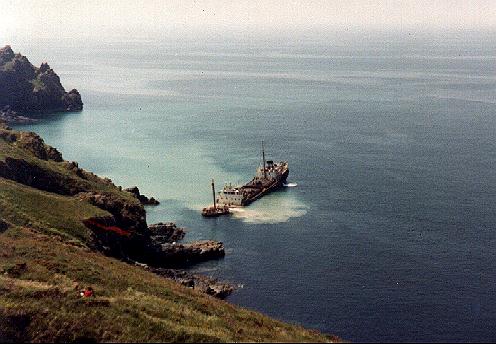