MENEAGE STREET like Coinagehall Street has played a very important part in the town`s history.

It is the street where most of the shops are located and has been the centre of commercial business since the birth of the town itself. 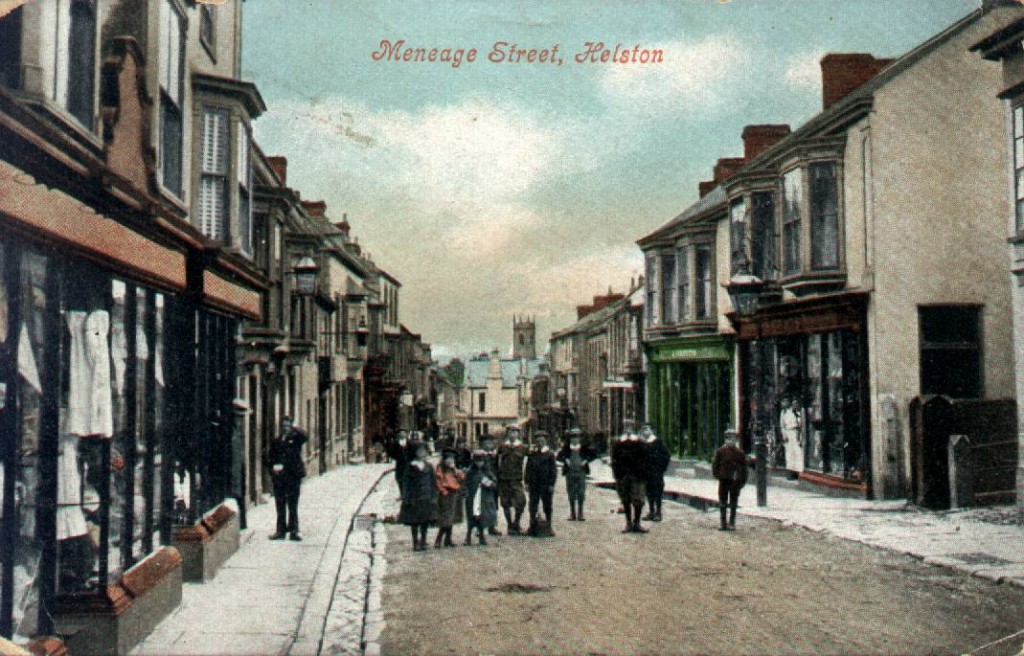 A fantastic colour postcard of Meneage Street dated 1908.
It`s probably Mr. Harris himself dressed in white standing in the doorway of his shop on the righthand side of the street. 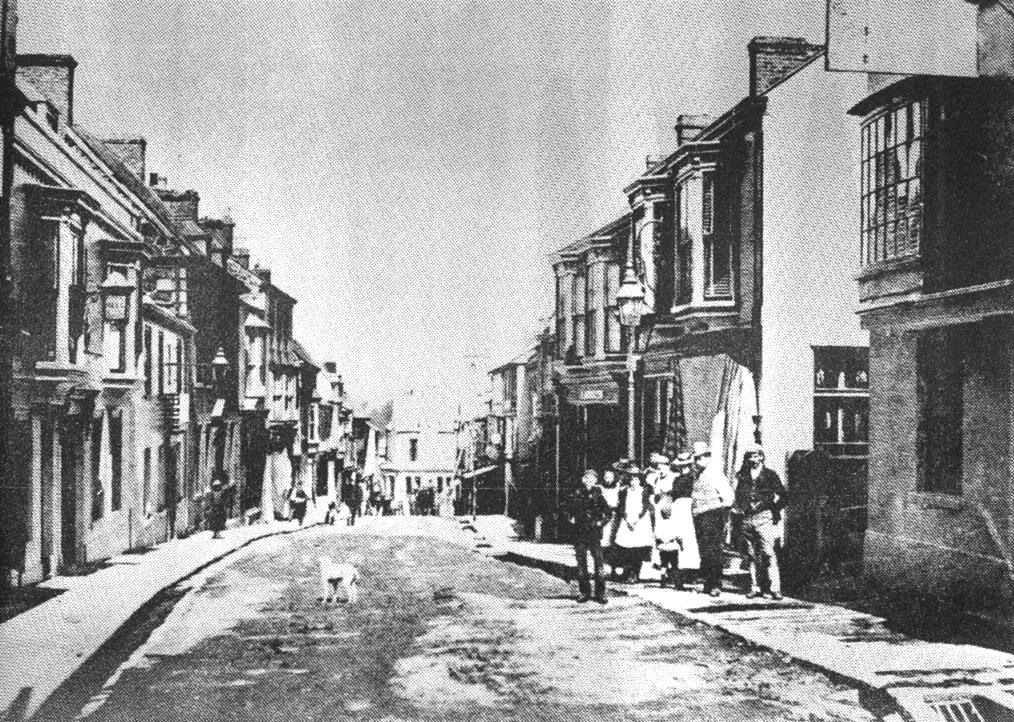 The old `HORSE and JOCKEY` INN (now demolished) and Horse & Jockey Lane are on the right of the photograph.
The `BELL INN` and `RODNEY` are opposite on the left. 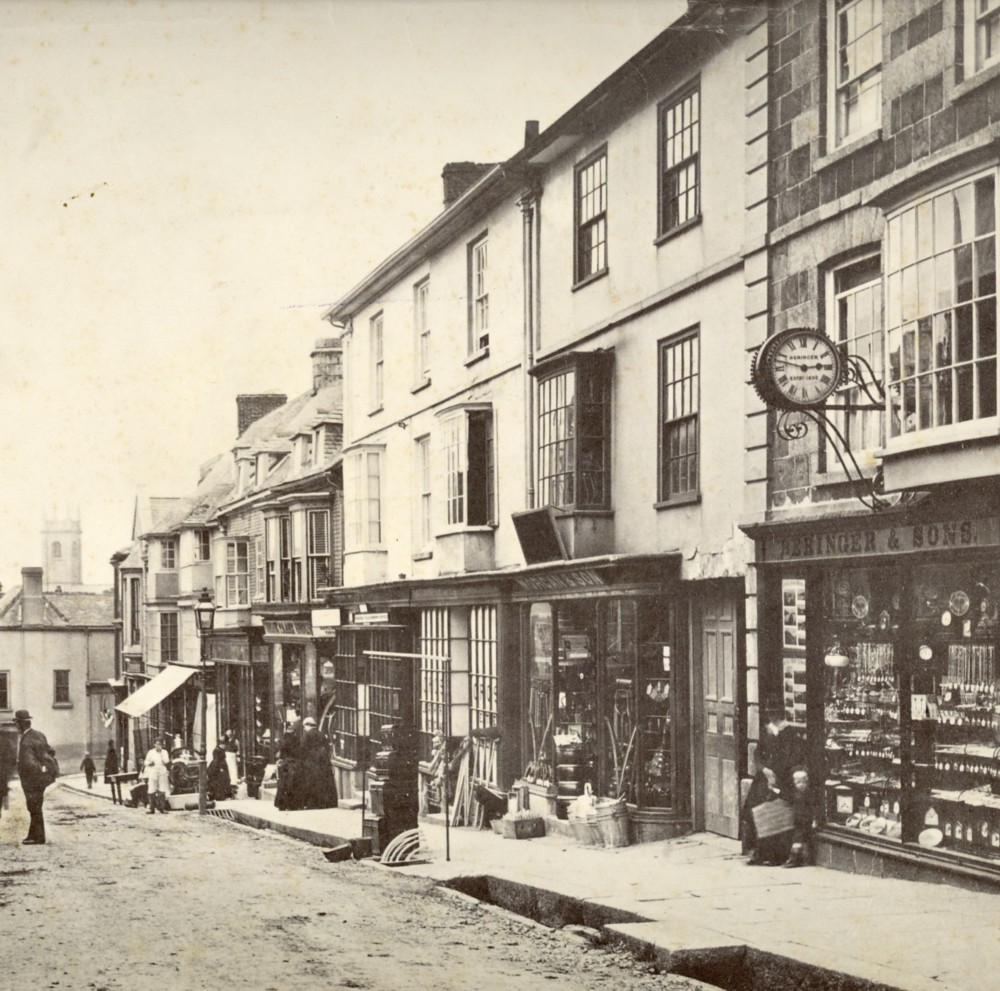 This old photograph of Meneage Street was very kindly donated to the Helston History website by
Mr DENIS WILLIAMS shortly before his death in November 2008. 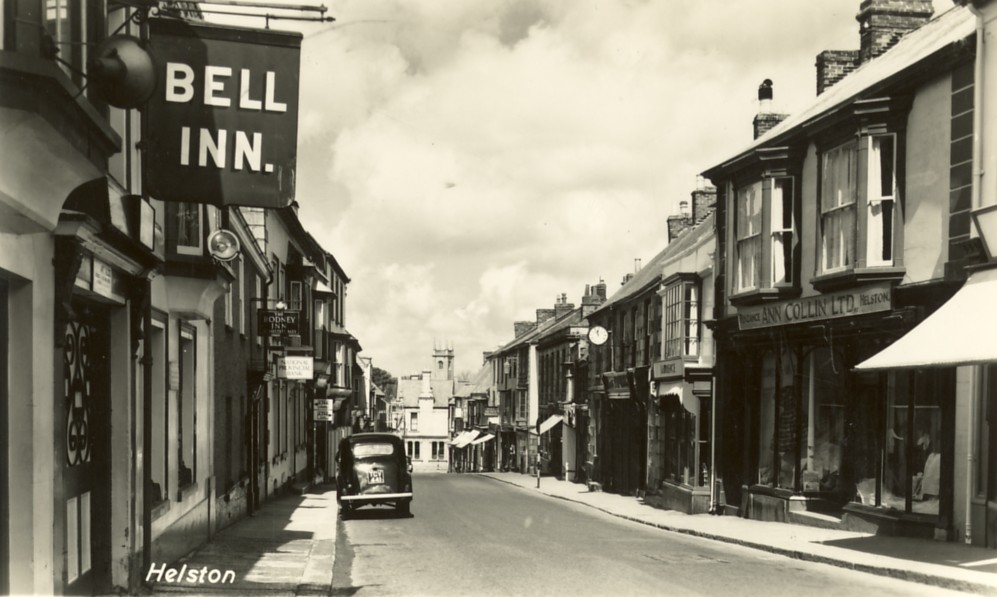 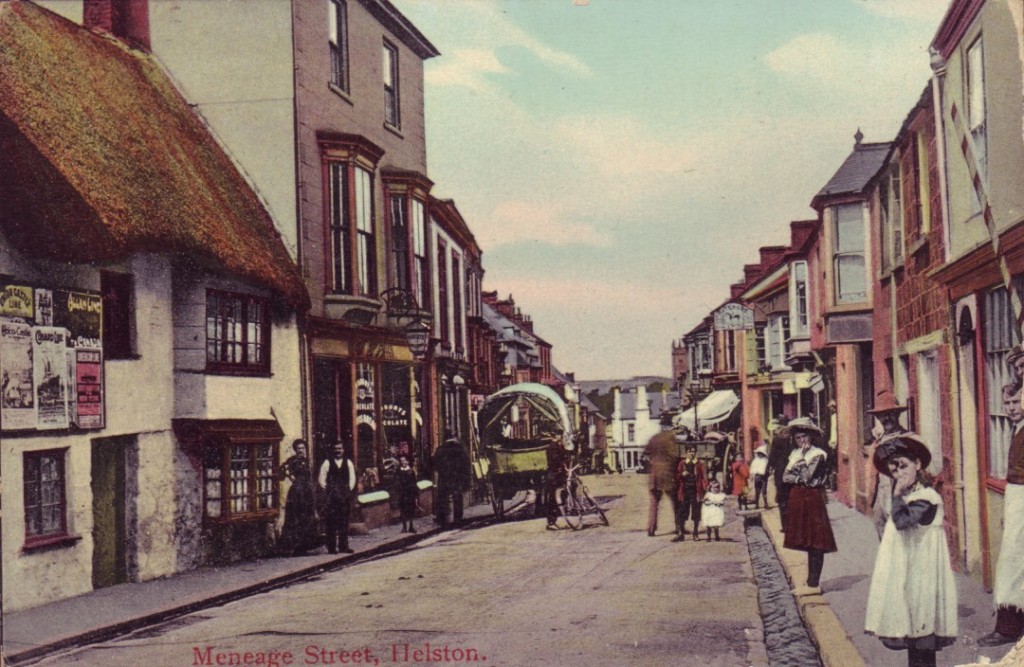 The old thatched house on the left was built in 1703 and demolished in 1913.
Note the `Bread Wagon` loading for deliveries 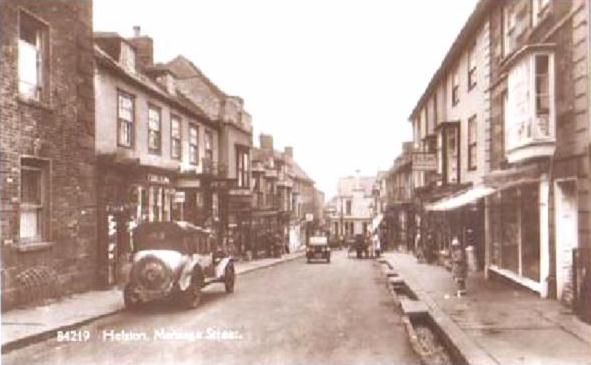 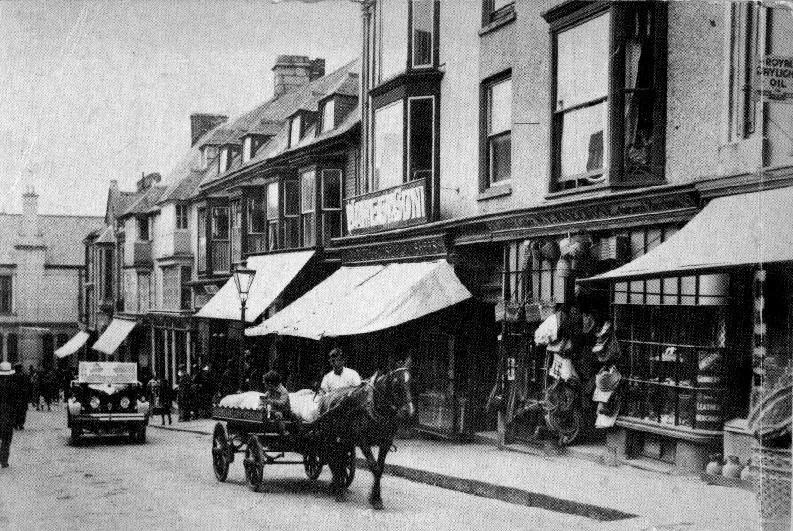 Notice the two shops that stand out well in this photograph: JAMES & SON on the left next to W.T.KNEEBONE 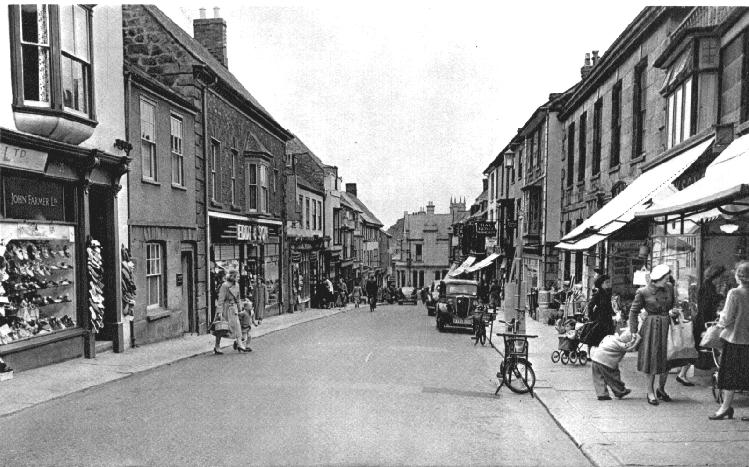 This scene was probably from the 1950`s. Notice how EDDY & SON has changed little over the years. 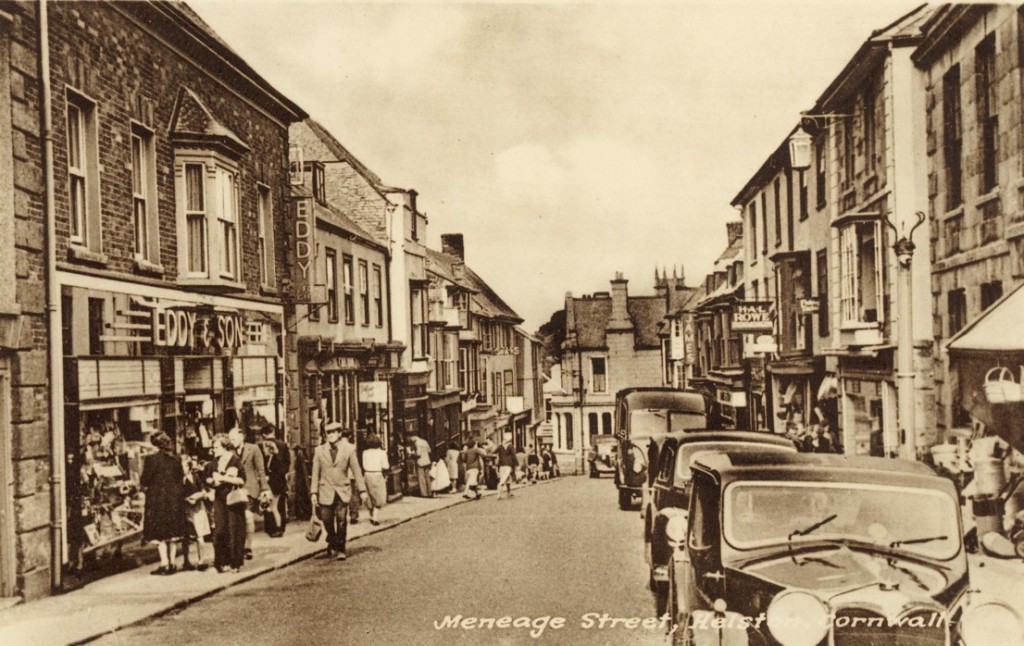 Another 1950`s photo. Note how the vehicles are all facing up Meneage Street. 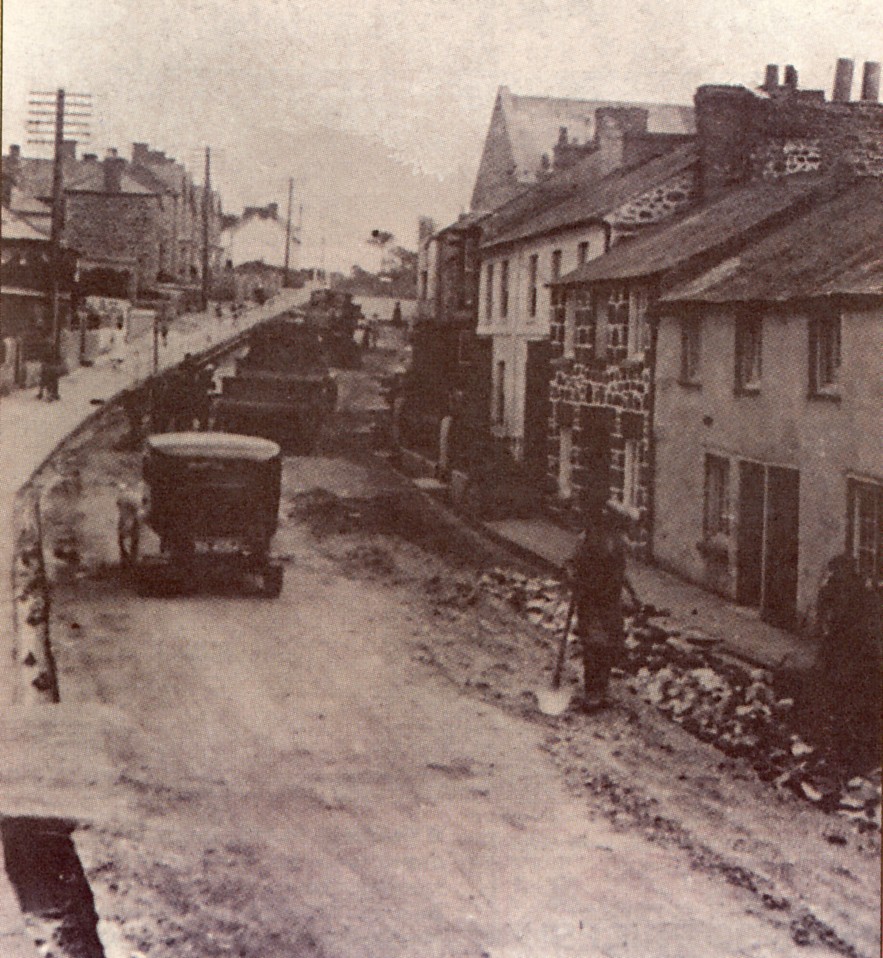 A very early photo looking at the top of Meneage Street.
The surface of the road is being replaced with tarmac.
Note the Kennel is uncovered on the left side of the road.