This neat little peaceful cottage was not nearly as comfortable as people were wont to believe. It was wet, damp and in winter, bitterly cold.

It had a thatched roof, trellis work, low arched windows and paving stones which spelt out the name ROBINSON. The stones must have been a source of interest to visitors because I`ve heard people spelling out these letters hundreds of times. It seemed that passers-by just had to walk right in and intrude on our privacy and in chorus would chant “R O B I ….etc”

Unfortunately, this stone inscription no longer exists as, when the present lodge was built , Mr. Montague Rogers had his own initials inserted, H.M.R. but the present paving, I am sorry to say is not as good as example of workmanship as that of the former. 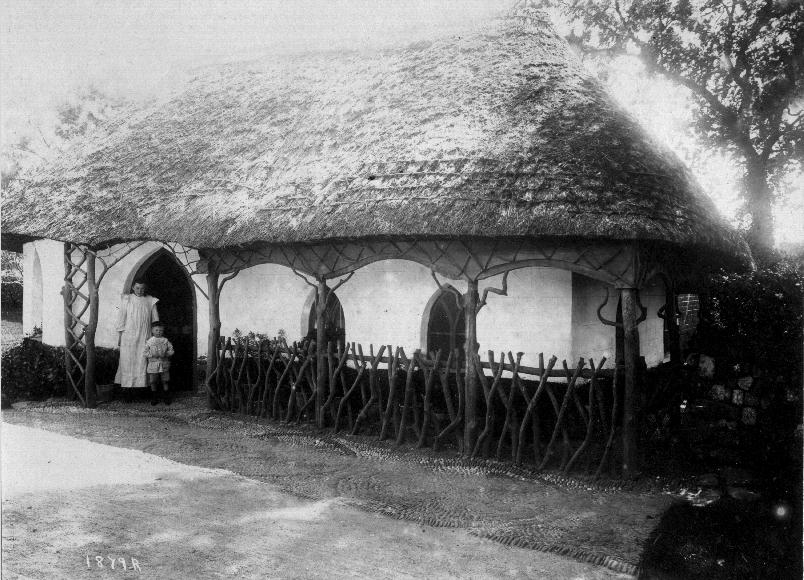 My Great Grandmother ANNIE MARY IVEY (nee MORKAM) with my Grandfather WILLIAM FREDERICK IVEY at the front door of Nansloe Lodge taken in 1906 or 1907.

I must relate a story about an old man named HOSKEN (or Hosking). This very old man from Porthleven used to come along and repair the roof or re thatch it when required. Without question, the old fellow was a master of his art. On one occasion I remember his `ton` (`son` – the old fellow had a slight impediment in his speech) accompanying him to the lodge.

My mother (Annie Mary Ivey) used to provide him with a jug of `tay` (tea) and Mr. Hosken would take out a small white bag, carefully untie the tapes and spread out a large piece of baked mixture. He would then invite me to “av a piece of take my ton”. The “take” was the well known “Evvy cake” and in this case fully lived up to its reputation. How the man managed to masticate this substance, devoid of all his teeth as he was, is still a mystery to me.

Old Mr. Hoskens` tufted beard, bobbing up and down at alarming speeds, always fascinated me. He was wont to do a lot of chewing. When he was tapping the reed (thatch) into place or pressing home a spar, or trimming off the ends to make a neat finish, the little tuft always bobbed up and down, up and down.

Mr Hoskens` means of locomotion was a donkey and shay. This was a well known means of transport in those days. This contraption comprised 2 wood spoke wheels on an iron axle and two shafts (into which the donkey was harnessed) were clamped to the axle. The hole was surmounted by a board, perhaps 12″ wide which served as the seating structure.

Before I leave Nansloe Lodge I would like to mention Mr. EDWIN PASCOE, a Pig Jobber.

Mr. Pascoe was a very small man and in a shed at the back of the lodge he used to keep a horse and trap which he used in connection with his business. Mr. Pascoe used to attend the various Cattle Markets in the district with his prized possession, a fast moving horse & trap. When the 1914-18 War commenced the Military Authorities `went the rounds` and requisitioned many horses (only the best and fittest) and Mr. Pascoe’s mare was selected.

I saw him a few minutes after she was led away. He was crying bitterly and in great distress. I remember him saying “I shall never see her again”. I think this hastened Mr. Pascoe’s end. He was certainly heartbroken. 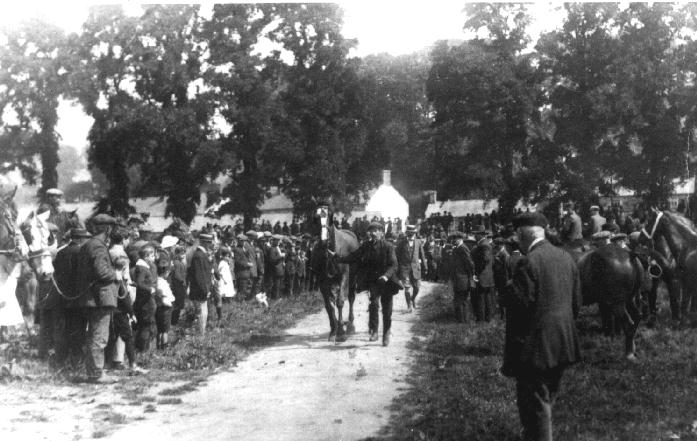 Horse Requisitioning by Government Officials at lower part of Helston

My family left Nansloe Lodge in 1914. On Good Friday 1917 this picturesque old place was completely destroyed by fire and a replacement was constructed out of stone with a tiled roof. 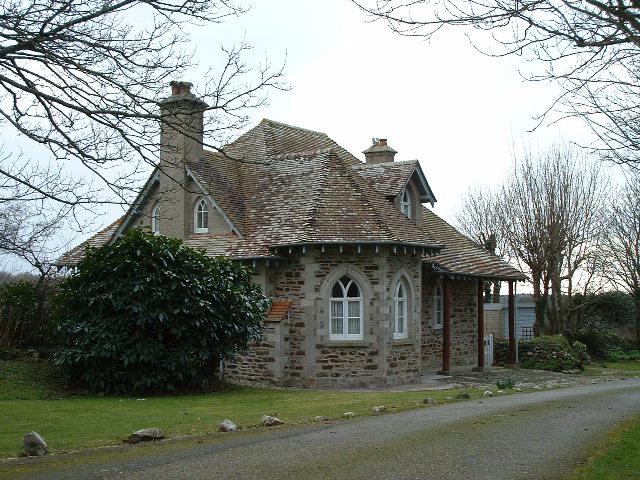