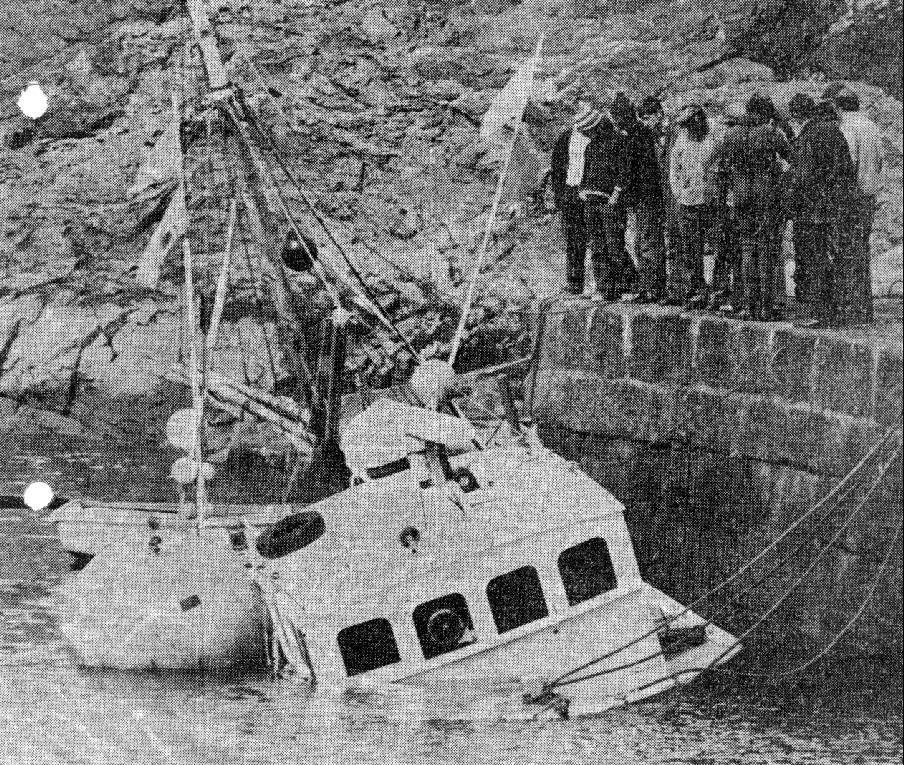 Wallowing in 18ft of water at Porthleven, the £20,000 boat `BOY PIRAN`, which sank at her mooring in the early hours of Saturday morning.

Her skipper, Bill Laity, came back from a fishing trip at 2.30am and moored alongside the outer quay. A few hours later it had sunk. At the time this photograph was taken the reason had not been found, but a supporting leg may have either given way or gone into a hole in the harbour bottom. 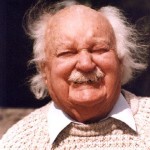