I can only remember the coal yard as the `Old Coalyard`.

My first recollections are of horse drawn carts carrying high loads of coal being drawn through the town. A shute would guide the carts contents through the door in the wall from Monument Road. It would later be weighed and tipped into 1cwt bags to be delivered around the town and district.

Later, when coal was more easily obtained at the railway station, the old coal yard was used by a number of tenants including BOWDEN & MEDLAND motor repair garages. They were partners for a number of years and who in turn passed on.

Then an enterprising gentleman branched forth as a farm tractor contractor and later an agency for Ferguson tractors was established, still later a firm known as WATSON & ROSEVERE continued the business. They in turn vacated the premises and it was later occupied by a number of traders and businesses until enventually it became a site for houses and flats in 1986. 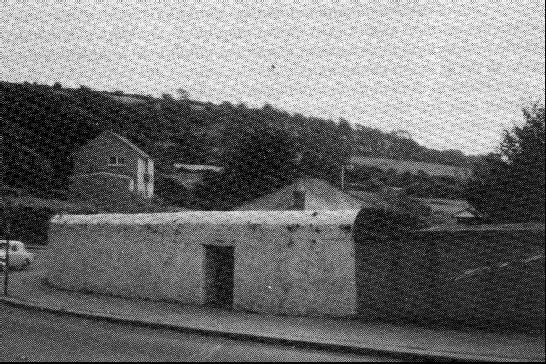 The Old Coal Yard wall in Monument Road with the coal shute door clearly visible in this 1960`s photo. 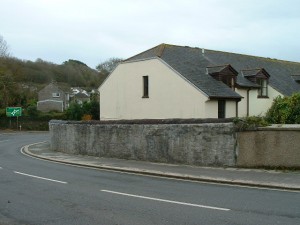 The same wall in 2004. You can just make out the blocked up shute door way. 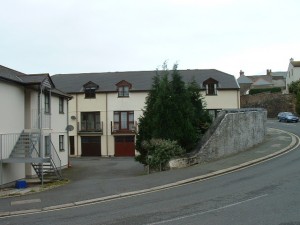 The houses contructed in the old coal yard