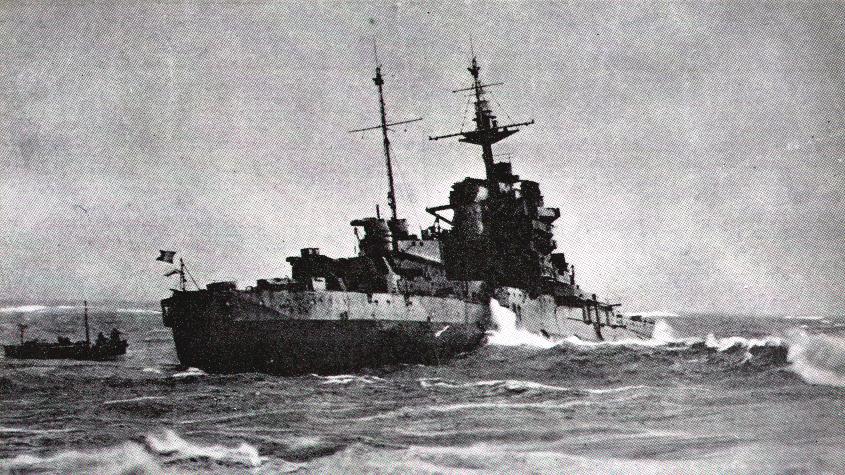 Launched during March 1915 as part of the Royal Navy`s `Queen Elizabeth` Class of warship, HMS WARSPITE survived both World Wars only to end her distinguished career as a rusting hulk alongside St. Michael`s Mount.

Warspite saw action at the Battle of Jutland during W.W.I and played an important role in every theatre of operations during W.W.II.

After almost 30 years of service she was decommissioned and consigned to the breakers yard for scrap metal.

Before being towed from Portsmouth much of her equipment and armament was removed. On 19th April 1947 she began her final journey under tow from the tugs MELINDA III and BUSTLER along the south coast destined for the Clyde. However, on 21st April she ran right into a South Westerly gale and the Bustler towing cable parted in heavy seas south of the Wolf Rock Lighthouse.

For almost a whole day Warspite and the tugs fought the storm but eventually they drifted deeper into Mount`s Bay. 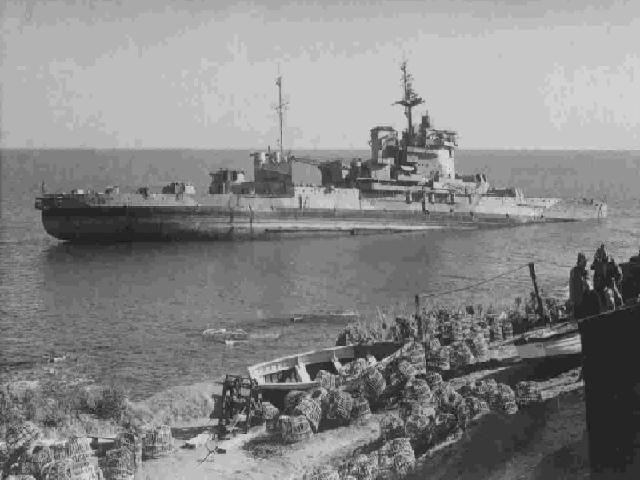 Mid-day on 23 April saw the Melinda III abandoning her tow and the Warspite`s skeleton crew were immediately forced to drop anchor. However, not surprisingly with 30ft waves crashing down onto the stricken warship, it failed to hold and she was driven ashore at low water onto the Mount Mopus Ledge, just a mile S.W. of Cudden Point.

As high tide approached she floated clear of the reef and soon came ashore at Prussia Cove.

Amazingly, the gale did more damage to the Warspite in 48 hours than she had previously suffered in two World Wars. At this point it was decided that she could no longer be towed to the Clyde and that it would be acceptable to `cut her up` where she lay. However, for ease of access she was eventually moved the short distance to the beach alongside St. Michael`s Mount.

Here she lay for 5 years slowly being taken apart piece by piece for scrap metal. 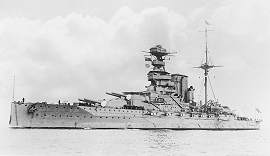 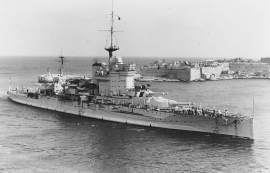 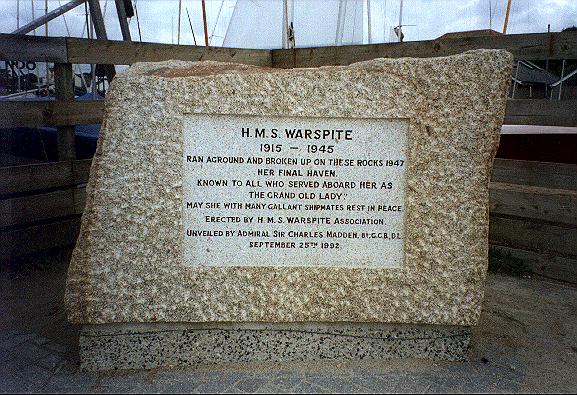 HMS WARSPITE
1915 – 1945
RAN AGROUND AND BROKEN UP ON THESE ROCKS 1947
HER FINAL HAVEN
KNOWN TO ALL WHO SERVED ABOARD HER AS
THE GRAND OLD LADY
MAY SHE WITH MANY GALLANT SHIPMATES REST IN PEACE
ERECTED BY H.M.S. WARSPITE ASSOCIATION
UNVEILED BY ADMIRAL SIR CHARLES MADDEN, B+, G.C.B, D.L.
SEPTEMBER 25TH 1992 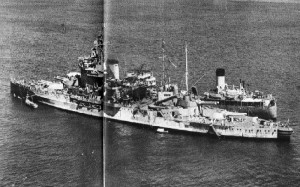 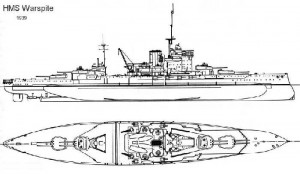