The S.S. JANNAKIS did not go ashore at Perranuthnoe in 1921 as well published books on wrecks announced.

She grounded on the extreme eastern end of the long PRAA SANDS beach almost under the LECEAVE CLIFFS at the end of December 1921.

She was a Greek steamer in ballast and what is remarkable is that she missed the rocks that completely surrounded her. 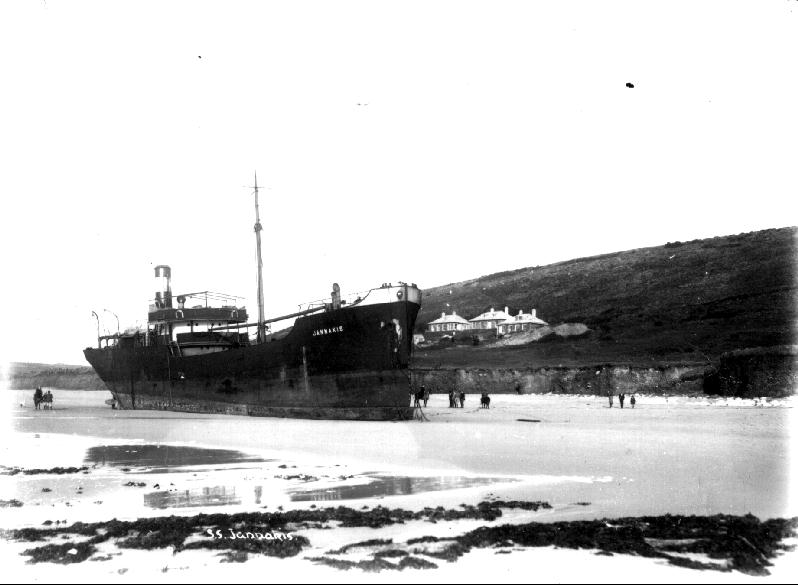 `Went to Praa Sands to see wreck `Jannakis`…. and the entry relates `Got plenty of lice and bugs in my hair, the crew must have been almost eaten alive if their reaction was the same as mine!`

A week later the diary states: `A week later I went to Praa Sands again, I was surprised to see her (Jannakis) so close to the cliff, she had been washed further in by heavy seas. On Sunday, 8th January 1922 I again visited Praa Sands and for the second time went aboard. This time I did not enter the crew`s quarters and consequently acquired no unpleasant company.`

Shortly after this she was refloated and my Grandfather neither saw or heard of her again.