This takes place at the end of the corn harvest, usually about the end of August, but this varies in places and depends on a number of factors.

The ceremony is carried out in a field where the last few strands of corn has been left standing for the purpose of enacting the rite, usually about the centre of the corn field.

The proceedings are explained to the crowd and the cutting of the corn by hand is usually carried out by someone associated with the farm on which it takes place; an honour generally according to the farmer owner or tenant after singing the `Old Hundreth`. 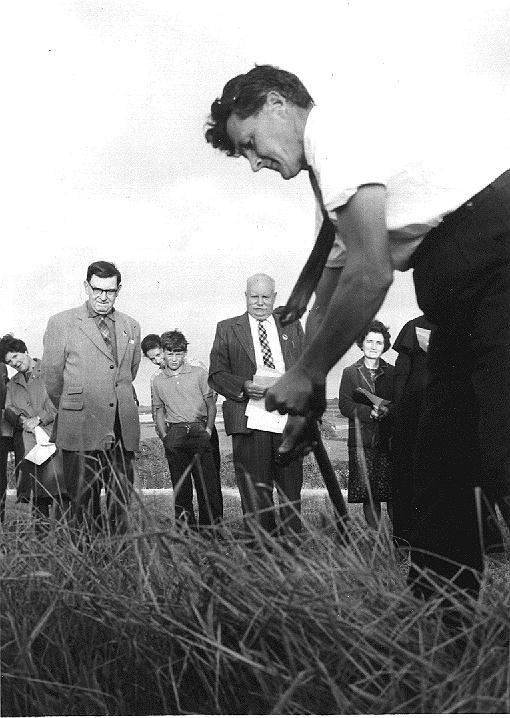 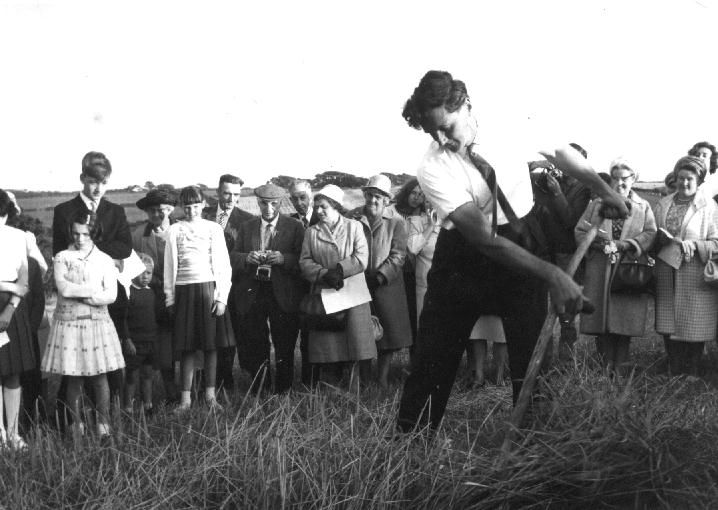 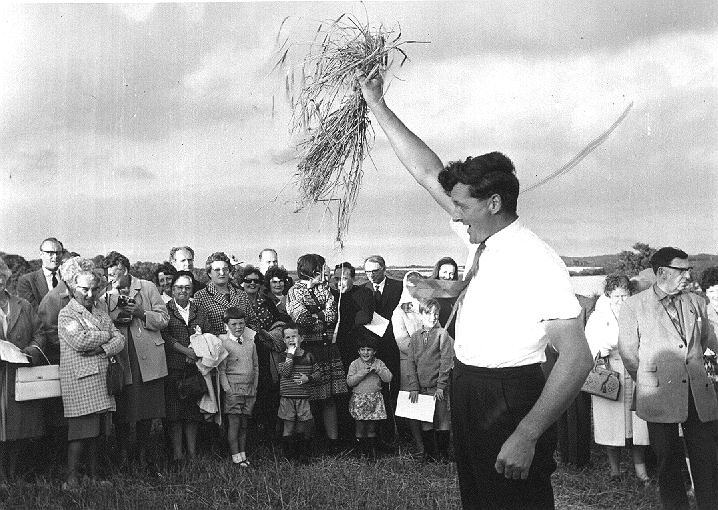 Graham G Matthews is the 6 year old boy first on the left of the four children!

Photographs from `Crying the Neck` Ceremony, taken at Cury in 1967

This is usually performed facing three directions three times each, so that everyone in the large circle which has formed will have a clear view of the preceedings. 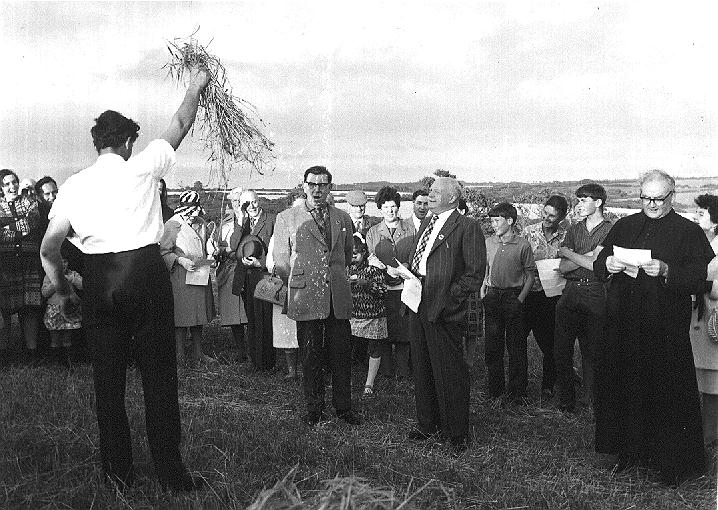 Sometimes the ceremony is repeated in the Cornish Language:

Traditionally, the ceremony took place with great solemnity by those concerned. It was generally an attempt to score over the neighbours by being the first to “Cry” indicating that all the corn on this farm has been successfully cut.

The whole party would then adjourn to the farmers barn, swept clean and usually freshly washed limewashed walls for the occasion, and a hearty feast, usually of pork, would be enjoyed washed down by a liberal supply of ale, cider or beer.

It has been said that these occasions have culminated in future matromony!