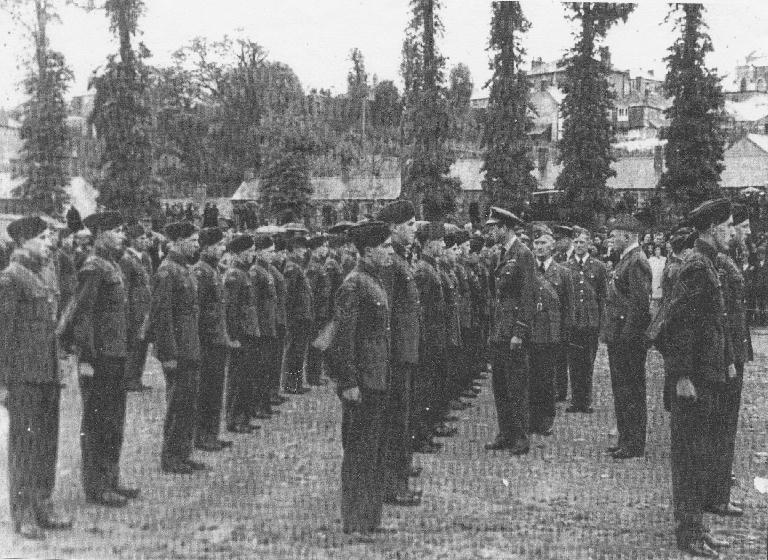 What is so personal to me in the top photograph is the third cadet in the middle row nearest H.R.H. Duke of Kent is my father, Fred Matthews. 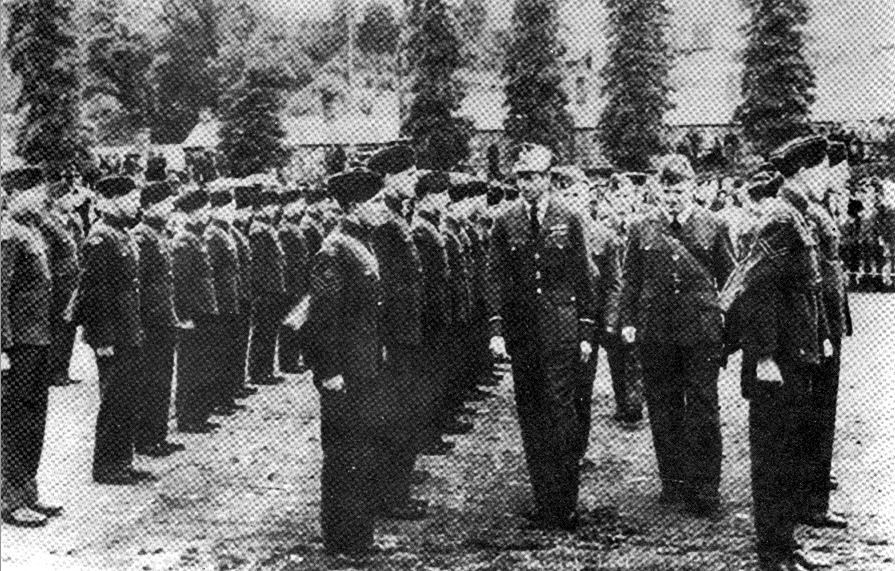 My Dad remembers the event but not all the names after 60 years!

My Grandfather Fred lavin Matthews was a `shipwright` by trade and was transferred from Falmouth to Plymouth Dockyard as part of the war effort and took the family with him to live in Keyham, Plymouth.

After Plymouth took a real pounding with its own `blitz` in 1941 Dad returned to Porthleven with the family in the April and immediately joined 1274 Squadron ATC.

Remembering the parade he tells me that the Cadets `fell in` outside the Cemetary Gates in Meneage Road. With the Squadron Commanding Officer `Johnny Holden` in the lead, they marched down Meneage Street and Coinagehall Street to the Lower Green, where they were inspected by H.R.H. Duke of Kent.

Although many years have passed Dad can still remember some of his fellow cadets. Some of whom I am very pleased to say are still alive and living around Helston: 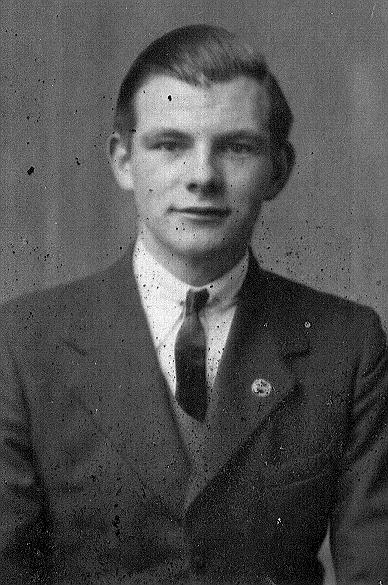 From JACK RUNDLE in Texas, USA:

Just read the article and it revived memories. I was in that Inspection. Apart from Johnny Holden the other officer shown is Leslie Blewett, a Master at the Grammar School. We had some great times. Memorable weekends at RAF Predannack where we “helped” re-arm and re-fuel the Spitfires and took some flights in the Avro Anson.